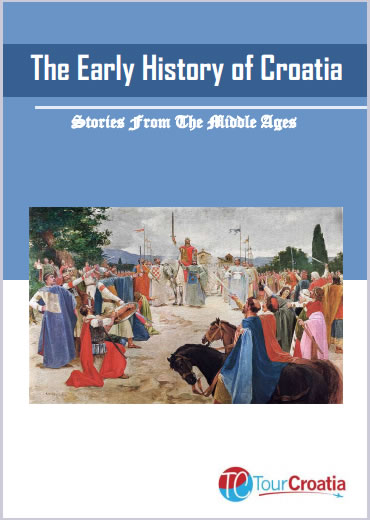 According to legend, the Croatian King Stjepan Držislav was once held captive in a Venetian dungeon, after losing a war against the Venetian ruler Peter II. Orseolo. Peter offered the Croatian ruler a deal – a game of chess and if Stjepan Držislav could beat him three times in a row, he’d be released and free to return to Croatia. The king accepted the challenge and won three times! He then created the Croatian coat of arms using the red and white chessboard in order to remember the event.

This is just one of the many interesting stories from Croatian history. This tiny country is both Mediterranean and Central European; maritime and continental. Here you can enjoy best sea food dishes but also the best goulash and Ottoman-influenced dishes. Where does this diversity come from? If you’re curious about historic changes in this fascinating country and love art and architecture, this short e-book containing many images and illustrations will be a real treat for you.

Written by one of our experts, this is a small treat for all the travellers to Croatia who want to know more about the country, its people and interesting legends!