Home » Croatia Discovery Coach Tour (Zagreb to Dubrovnik And Back)

When you book with an account, you will be able to track your payment status, track the confirmation and you can also rate the tour after you finished the tour.
Sign Up
2286

Explore the medieval Upper town and vibrant Lower town, conveniently connected by the shortest funicular in the world.

Have a cup of coffee in the cobbled Tkalča street, just moments away from the main square.

Explore untouched nature, walk the wooden paths under stunning waterfalls and enjoy a scenic boat ride across the lakes.

Two nights in this beautiful city provide enough time for sightseeing and visiting some of the most famous attractions, including the St Blaise’s Cathedral, the Stradun Promenade, the Rector’s Palace and the Franciscan Monastery.

A quick stop in Trogir will give you a chance to explore this picturesque medieval town.

Before returning to Zagreb, we’ll spend a night in Zadar, another Roman city full of historic landmarks such as the Pre-Romanesque church of Saint Donatus.

Its old town enclosed by the formidable city walls will leave you mesmerised as you explore every corner. 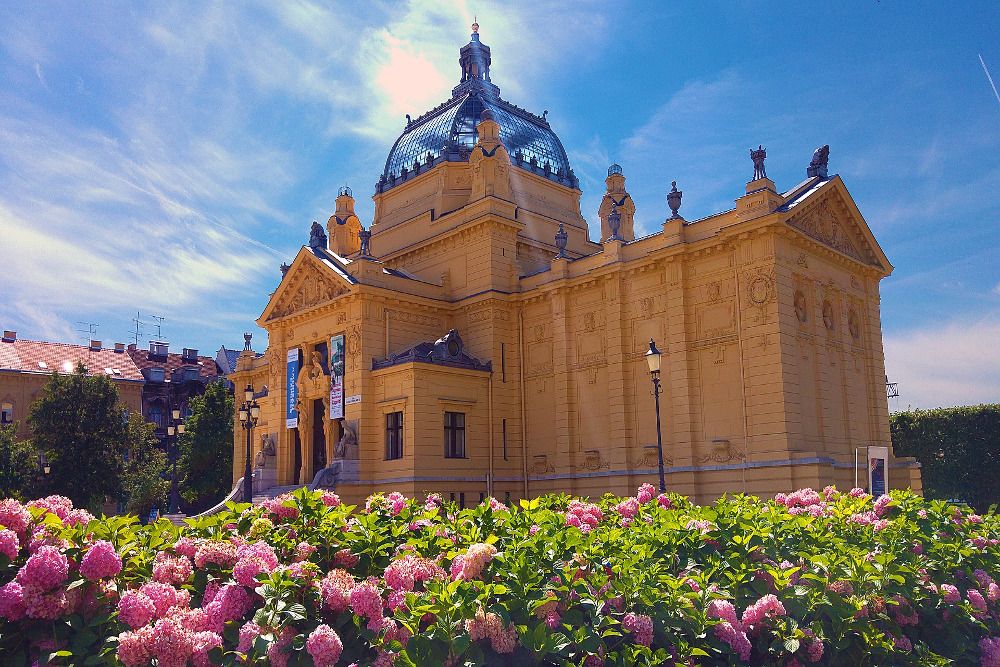 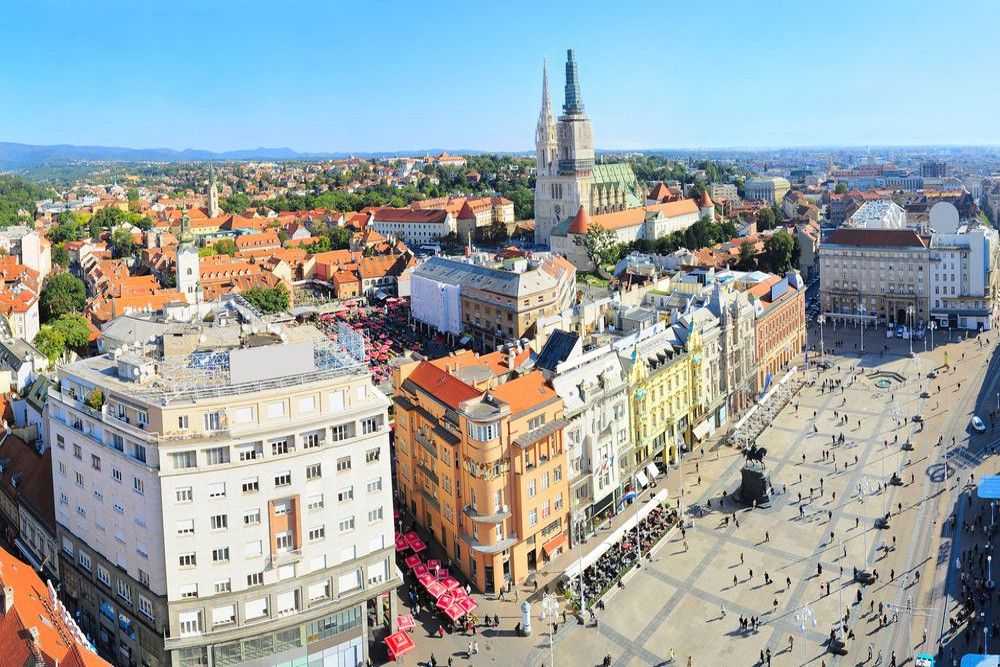 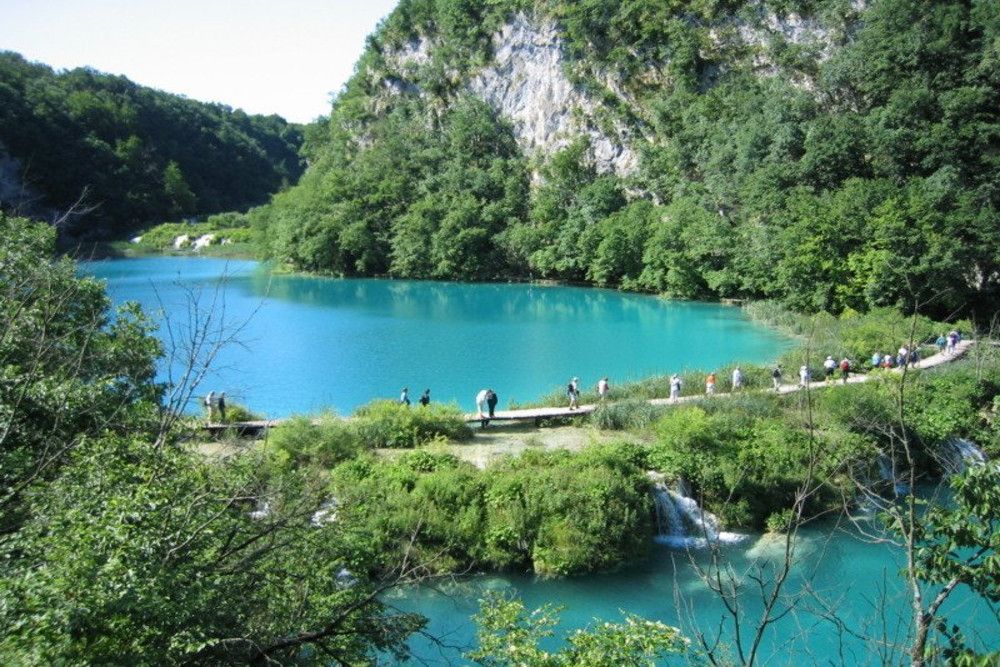 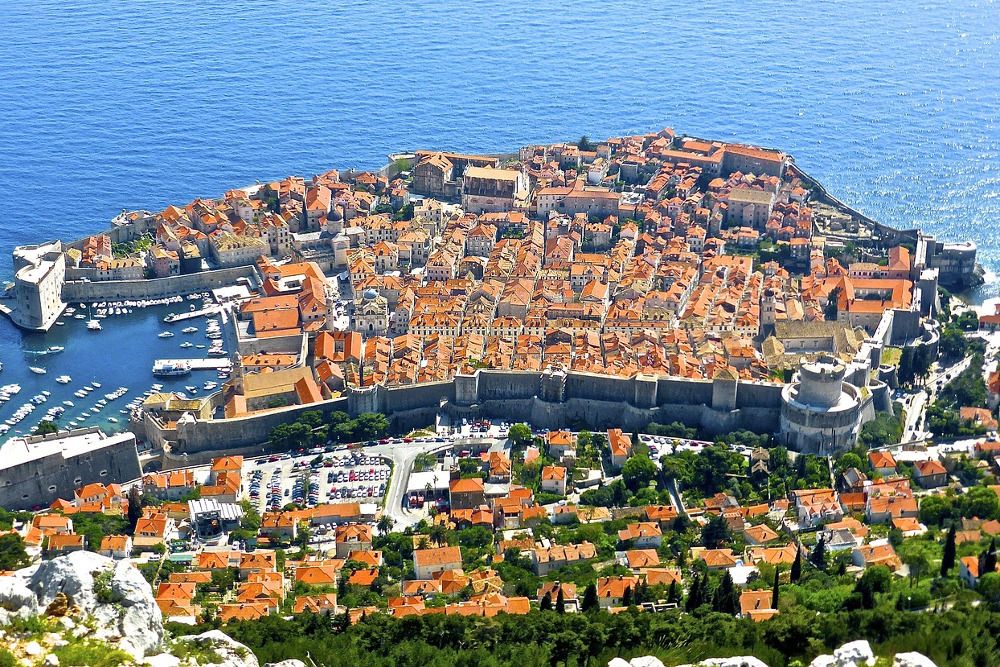 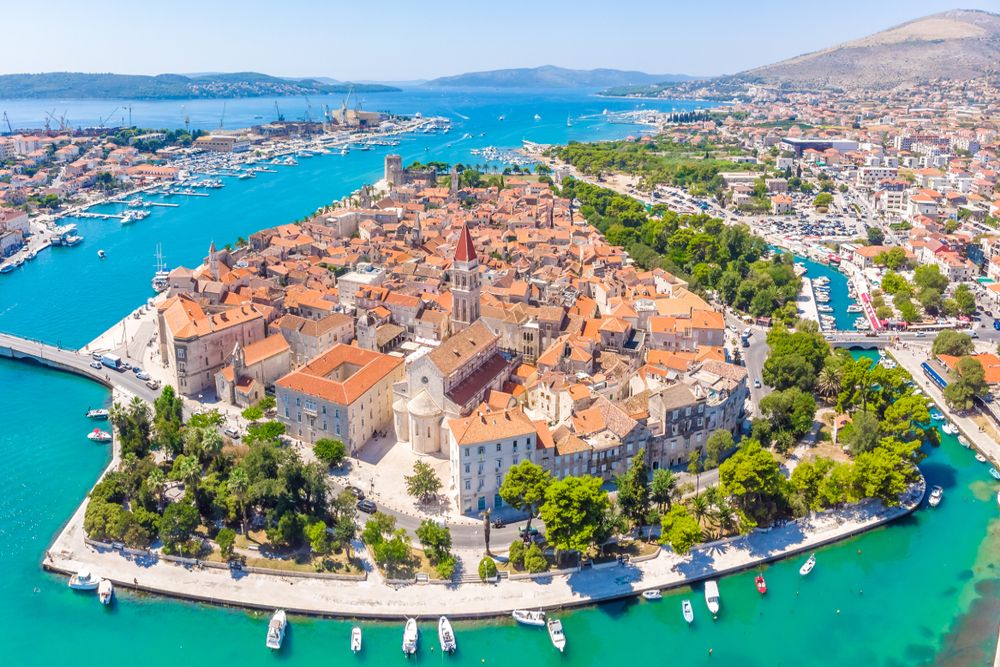 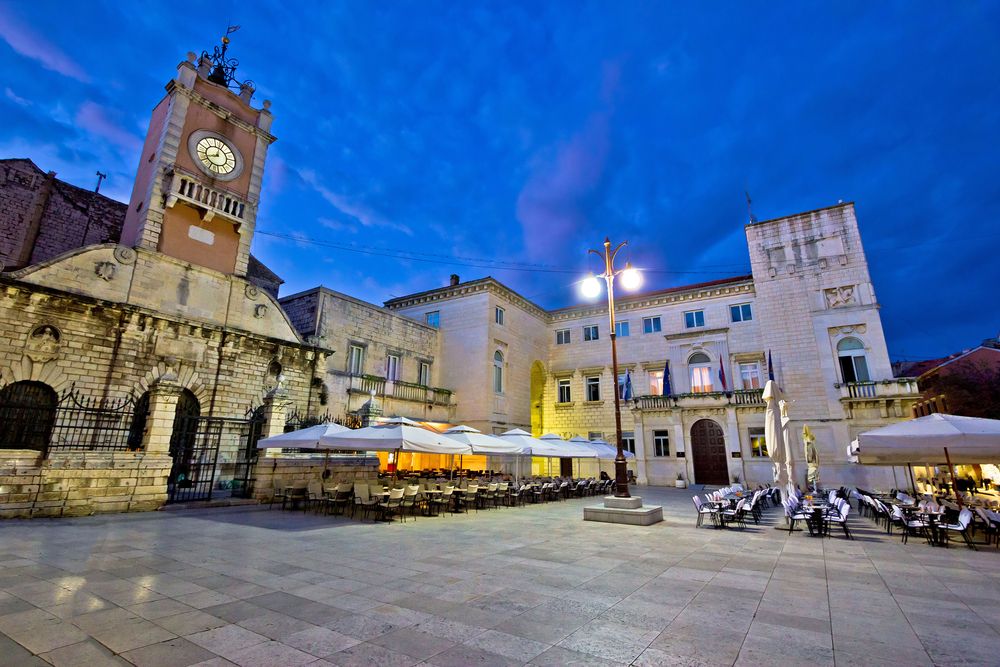 Croatia Discovery Coach Tour (Zagreb to Dubrovnik And Back) Itinerary

As you arrive in Zagreb you will be transferred to your hotel.

Leisure and overnight in Zagreb.

Join the morning sightseeing tour of Zagreb that takes you to the Upper Town, the history packed city centre, the Cathedral, St. Mark’s Church, the National Theatre and the University.

After the tour depart for dinner and overnight at Plitvice.

After breakfast take a walking tour through the famous Plitvice Lakes National Park.

After the tour enjoy the rest of your day in Plitvice region. Overnight at Plitvice.

Dinner and overnight in Dubrovnik.

Spend the day at leisure.

Explore Dubrovnik by yourself, enjoy the day relaxing by the sea or go hiking for a panoramic view of Dubrovnik.

In the morning you’ll be taken on a sightseeing tour of Dubrovnik, a world-known medieval town protected by UNESCO.

Visit the Cathedral, the Franciscan Monastery with Europe’s oldest pharmacy and the Rector’s Palace.

In the afternoon depart to Split. Overnight in Split, dinner included.

First on today’s itinerary is Split, a home to the famous Diocletian’s Palace.

Sightseeing tour of the city will take you through the narrow streets of the Old Town to see the Promenade, the Cathedral, Peristyle and much more.

After the tour depart for Trogir, a dreamy medieval Town. Spend some time exploring Trogir before heading on to Zadar.

Dinner and overnight in Zadar.

Before heading back to Zagreb enjoy a sightseeing tour of Zadar.

Walk its busy streets and see the Church of St. Donatus and the Roman Forum.

Relax and sit by the sea to listen to a wonderful tune of sea organ. Afternoon departure for Zagreb.

After breakfast, a transfer from the hotel to Zagreb airport will be provided.

Thank you for travelling with us! 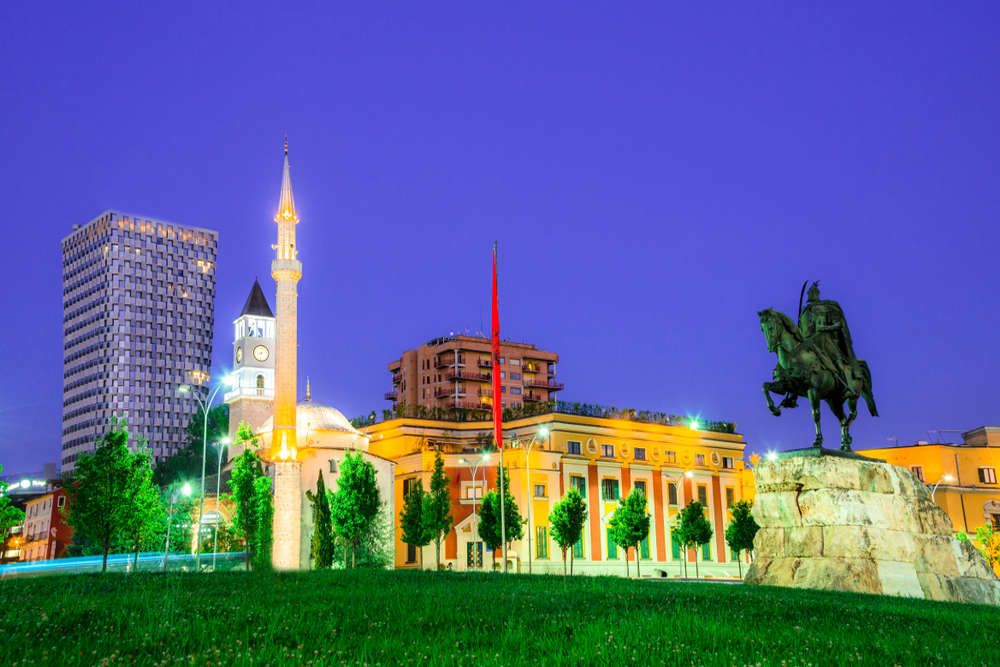 From1,047
7 nights/8 days
Discover the best of the Balkans on this 8-day Balkan coach tour from Dubrovnik. Visit the most memorable destinations across four different countries. 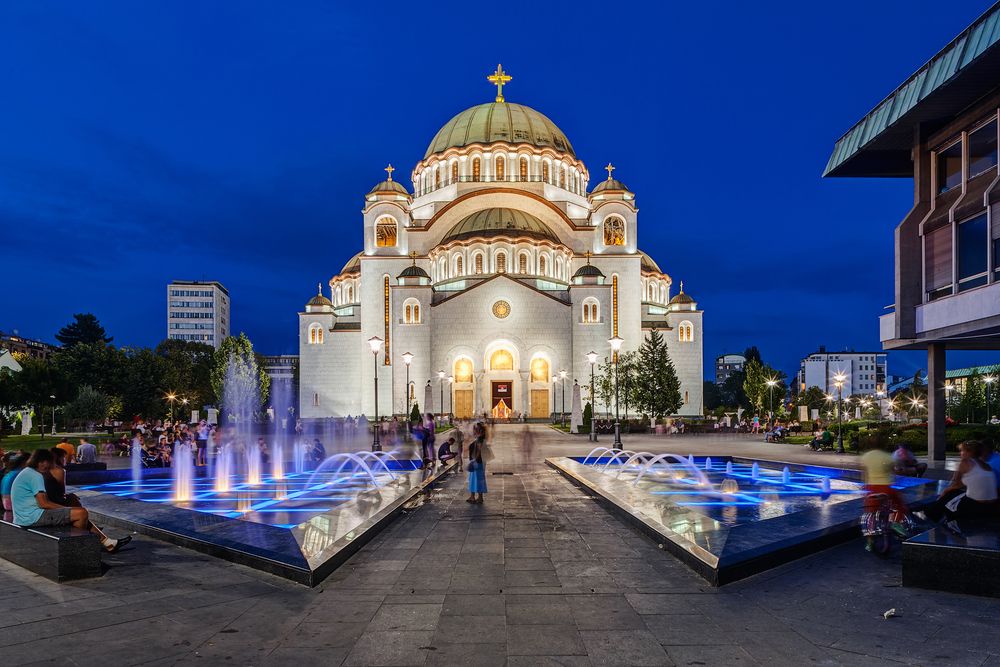 From1,047
7 nights/8 days
Journey with us into the Balkans, on a 7-night coach tour, visiting the most picturesque scenery across 4 countries in the region.
7 travellers are considering this tour right now!
Quick Quote