Our Croatia yacht holidays are spent on board luxury yachts where you will be joined by a skipper who will take you to each destination and offer his expert local knowledge; as well as a hostess who will provide food on board.

Our Croatia sailing holidays take in some of Croatia’s most charming towns and secluded bays along the Dalmatian coast: each day will bring a new destination to explore, with a good mix of sailing and adventure in between.

For active travellers you’ll be spoilt for choice, with hiking, snorkelling, cycling and swimming.

Or if you prefer to take it easy on your yacht holidays in Croatia you’ll enjoy sunbathing on board the yacht and relaxing on some of the islands’ beautiful beaches.

You can also enjoy a glass of wine and some delicious local food in harbour restaurants as you watch the world go by, and some tours even offer time “off-grid” so you can really switch off and unwind.

We are sure that you’ll be charmed with the scenic Dalmatian coastline along our sailing routes, and you will fall in love with Croatia’s friendly hospitality.

Our Croatia small yacht holidays have choice of departure points; you can choose whether to spend your time exploring one of Croatia’s bustling and vibrant cities, or relaxing in a family beach resort. 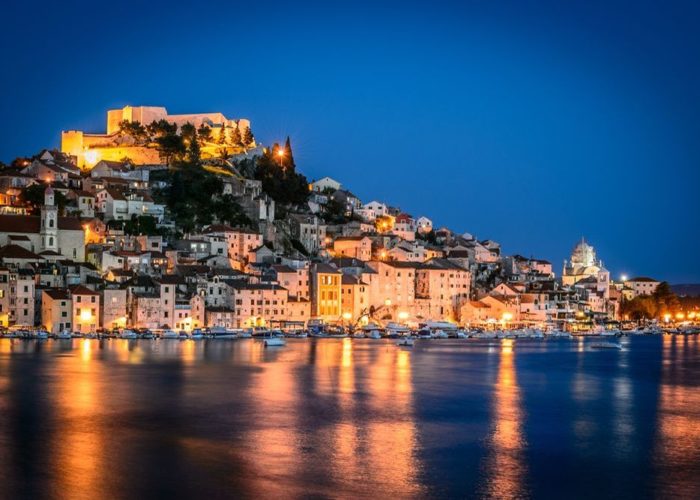 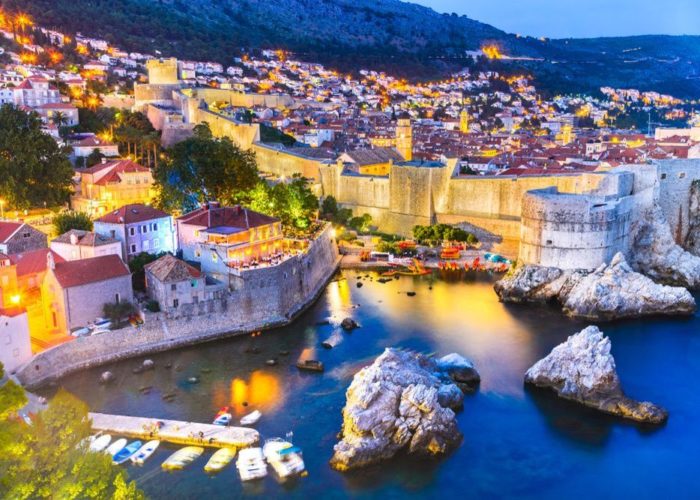 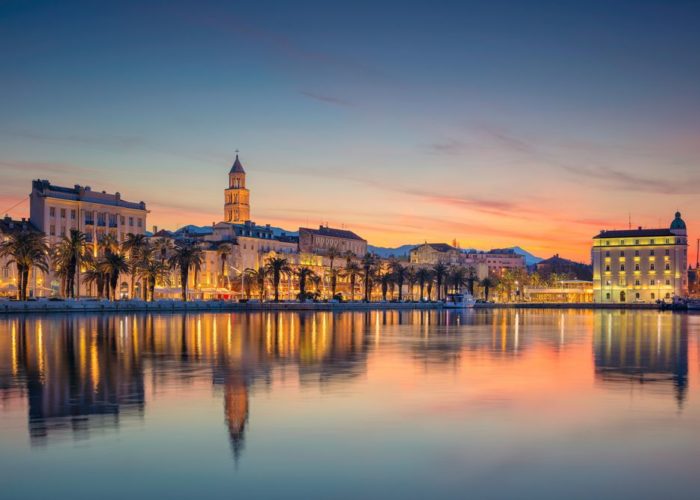 Our Croatia yacht tours are ideal for travellers who can’t make up their mind which destination to visit, or for those who love to explore multiple destinations, and discover hidden gems along the way.

You’ll have your own private cabin on board the yacht, and airport transfers, and transfers between harbours are also included.

Here are just a few examples of the destinations you may visit on your Croatia yacht tour:

The town of Ston on the Pelješac peninsula is famous for its salt pans, which are thought to be the oldest in the Mediterranean and have been in constant use for 4000 years.

The town is also famous for 3km of defensive walls and fortresses, originally built in the middle ages to protect the salt.

This is the largest defensive wall of its kind in Europe, and only the Great Wall of China is larger worldwide.

Mljet Island, is one of Croatia’s protected National Parks.

According to legend, Polače bay on Mljet, is where Odysseus was shipwrecked and detained by Calypso who wanted him for her husband.

You’ll find plenty to do on Mljet – you can walk, cycle or kayak around the two saltwater lakes, which were carved out from the last ice age.

One of the lakes has a small island with a 12th-century monastery. Mljet is also home to the Adriatic’s largest coral reef, which is great for snorkelling and scuba diving.

Korčula Town is nicknamed “little Dubrovnik” because of its Medieval architecture, and houses with red-tiled roofs. A great place to discover some of Croatia’s fine food and drinks in one of the many restaurants or rooftop cocktail bars.

Hvar Town, on Hvar island is a stunning town where you can wander all day through the winding streets of the old town. Climb up to the fortress for a unique view of the city, or let your hair down in one of its lively bars.

There’s plenty to do on Vis island – wander the cobbled streets of Vis town, or hire a car and explore the rest of the island. Visit the ancient city walls and public baths, or take a tour around the museum where you’ll see a 4th-Century-BC bronze head of the Goddess Artemis.

One of Croatia’s unspoiled wonders, the Lastovo archipelago was once a military base, and was only recently reopened to the public.

Lastovo Town is perched on a hillside, with panoramic views across the islands.

On the northwest coastline, you’ll find an old submarine tunnel built during Tito’s reign, and all around the island is a paradise for scuba divers and snorkelers.

Add additional nights to your holiday in your departure town, either before or after your yacht tour.

We can also arrange day trips to any of the National Parks or attractions – please enquire with one of our advisers when booking.

Book a Croatia yacht holiday with us today, and create your dream trip.

With a choice of destinations, nights, and departure points, you can create a bespoke Croatia yacht tour to your own personal taste.

One of our friendly advisers will be on hand to help, so book one of our Croatia yacht holidays today!