The Croatian National Tourist Board dubbed it the terra magica a few years ago – the magic land in translation.

Trust me, it is magical indeed! Born and raised in Istria, I have travelled the region extensively and am looking forward to sharing my experiences and stories with you.

So let’s start at the beginning… with a pinch of history.

Istria boasts over 300 documented archaeological locations, scattered around the region.

We can start with the Roman Amphitheatre in Pula (the Pula Arena) which is well preserved and often used for various concerts and plays, hosting its own museum as well as the famous Pula Film Festival. 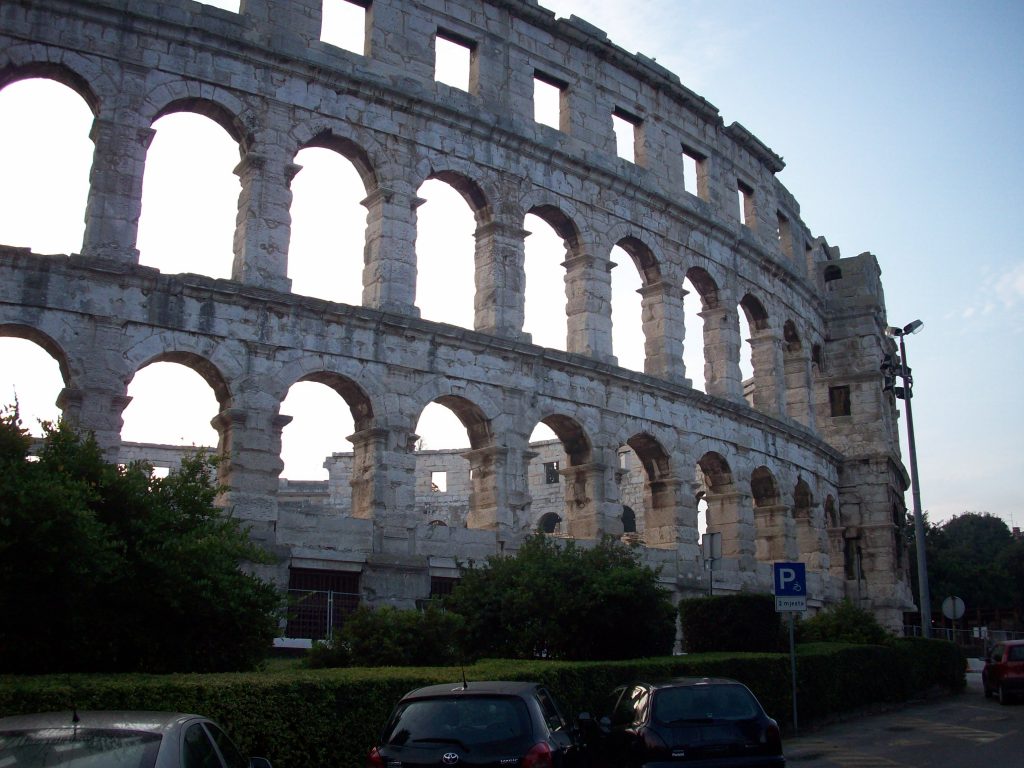 However, there are archaeological sites from other periods too; various medieval castles, churches and burgs.

Istria is situated at the crossroads of cultures, attractive for its mild climate, excellent geographic and strategic position on the Adriatic Sea (or the Sea of Cronos, according to some Greek myths).

As always, the most fascinating archaeological discoveries date back to the Ancient Roman period.

Within only one hour of travelling you can go from the northernmost town of Umag to Pula, the largest city in Istria. Another hour of travelling and you can reach Rijeka in the Kvarner Bay. All main sights are easy to reach and close to each other, which makes Istria perfect for exploring!

The main cities and towns of Istria from north to south are: 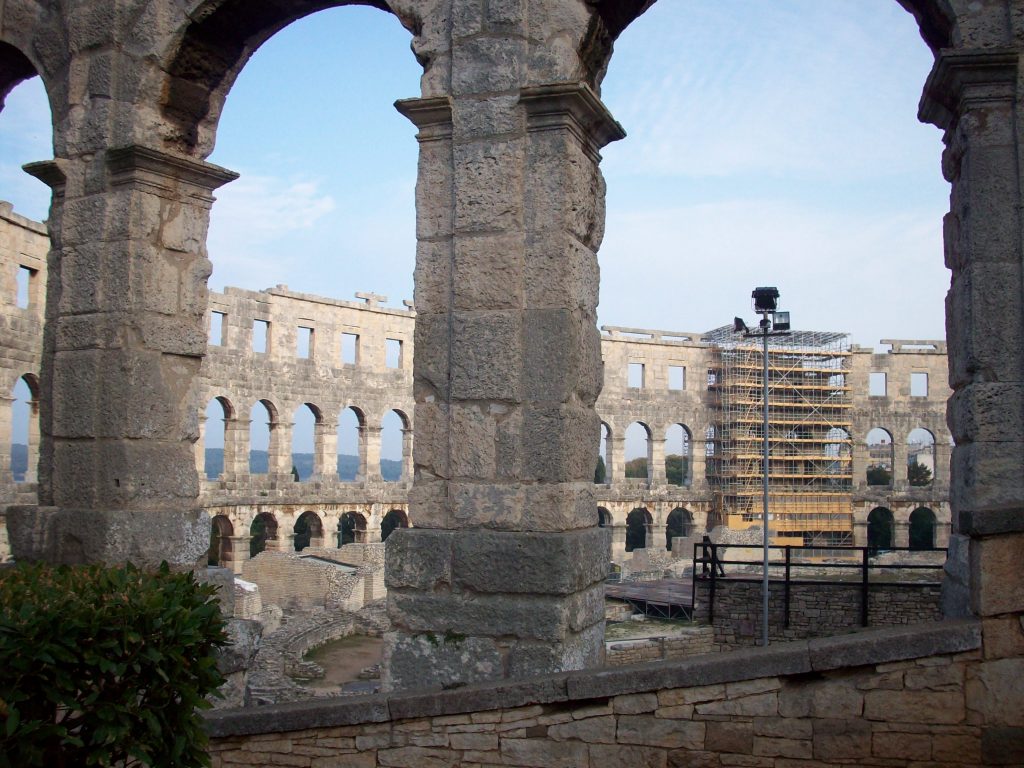 The famous Hotel Adriatic in Umag was built during the late 60’s and early 70’s. For a very long time it was the tallest building in the northwestern part of the peninsula. Its guests, to name some, were famous actors Donald Sutherland, Telly Savalas and Kirk Douglas.

Today there are around 20+ hotels in Umag town only, with at least 20 more of small, family-run hotels, luxury resorts, summer houses, camps and so on.

There is a long list of movies that were completely or partially filmed in this region. One of them is ‘The Vikings’, starring Kirk Douglas and Tony Curtis by Richard Fleischer, whose scenes of sea-fight between a Viking drakkar and a gallion were filmed in the Lim canal near Rovinj.

The same location served to simulate a Norwegian fjord for another battle in “The Long Ships” by Jack Cardiff, starring Sidney Poitier and Richard Widmark.

“Kelly’s Heroes” was filmed in the 1970s in the town of Vižinada, starring Clint Eastwood, Telly Savalas and Donald Sutherland. The first version of “Captain America” was filmed in Rovinj in 1990. The list is long and keeps on growing!

Istria is one of the best developed regions in Croatia. In terms of tourism it aims to be the Croatian ‘Tuscany’, with fabulous houses, haciendas, small family-run hotels and ranches, vineyards with accommodation and restaurants, olive groves and so on. Istria is sometimes dubbed the Napa Valley of Croatia.

Try to imagine that in less than 30 minutes of travelling from your hotel you find yourself in a medieval castle perched on a hill, with a portion of porcini mushrooms and pasta with truffles for lunch.

You are about to experience paragliding or bathing in the warm Istrian spa – the popular terme – with spring mineral healing waters. Alternatively, you might be getting ready to visit the Pazin cave and castle, or walk underground in the Baredine caves. Don’t forget to explore Dvigrad, the medieval ‘double-town’ with the unique remains of St. Sophie’s Church near Rovinj. 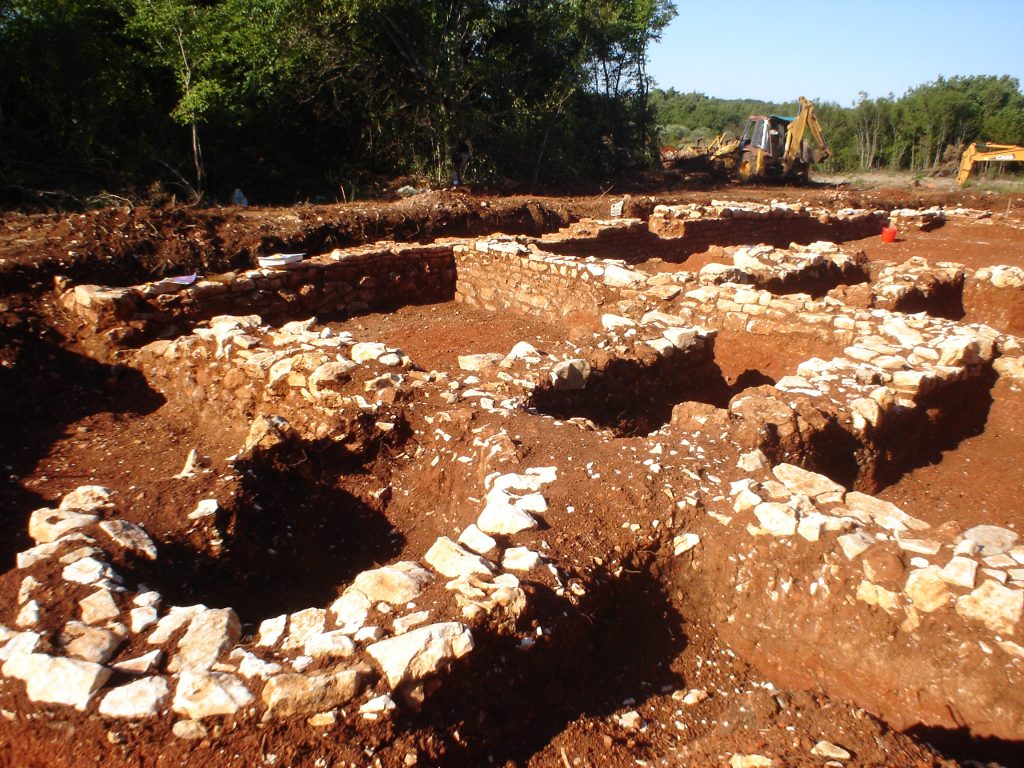 The town of Umag hosts the ATP Croatian Open tennis tournament every year, along with the cycling tour of Croatia. If you like music festivals, Grožnjan is where you need to be – this town is a home to various art galleries and is famous for the jazz festival and the ‘Jeunesse musicale’ summer school.

The jazz festival was established by Boško Petrović, the international jazz legend.

Less than 20 minutes away from Grožnjan is the picturesque town of Motovun.

Some characterise it as medieval burg, but there are legends connecting it to much earlier times. This town is well-known for its film festival, featuring independent movies and ideas. I have been visiting Grožnjan for many years now; it is impossible to describe the experience with words!

Allegedly, Motovun and Grožnjan along with Venice in Italy are situated on the so called ‘dragon’s ridge‘ – the Celts used this term for nodes of positive energy springing from the intersecting geo-magnetic points of the Earth.

Thank you for reading! I look forward to sharing my experiences from Istria with you.