Tour Croatia > Croatia > Why You Should Visit St. Mark’s Church in Zagreb

Zagreb, Croatia’s capital, is home to one of the most instantly recognisable symbols of the country, St Mark’s Church.

In the Upper Town centre lies the proud 13th-century church with its colourfully tiled roof.

Portraying so much more than just sand and stone, St Mark’s Church is a ‘must visit’ when passing through the capital on a Croatia holiday.

Here are our top reasons why you should visit St. Mark’s Church in Zagreb. 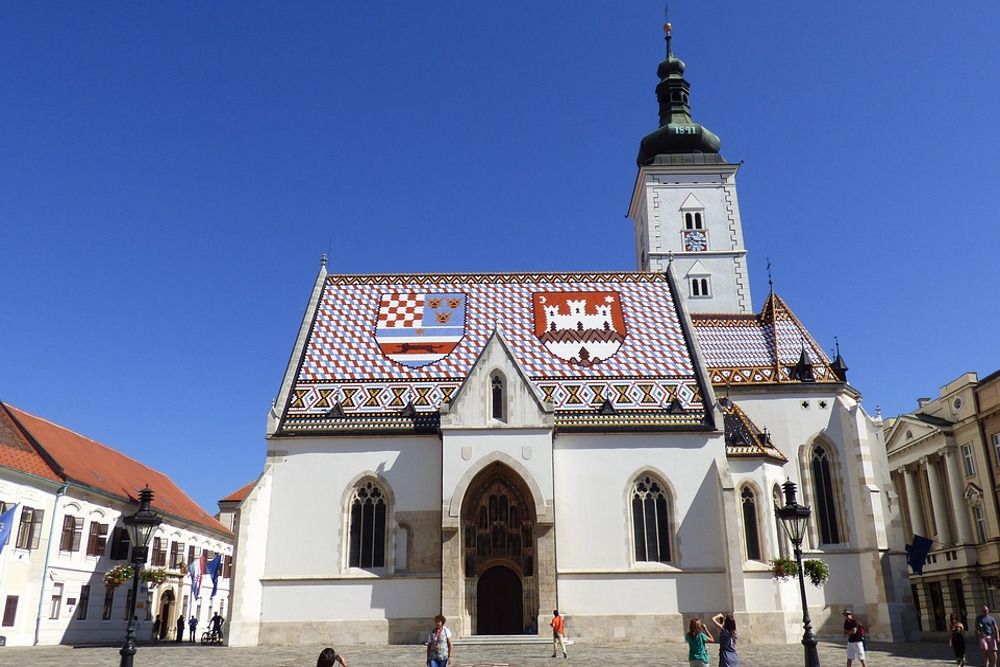 Feast your eyes on the age-old, yet ever-evolving architecture of Zagreb’s prized St Mark’s Church.

Withstanding the test of time since its original construction in the 13th Century, St Marks Church is one of Zagreb’s most symbolic structures.

Reconstructed and improved upon a number of times since it was originally built the church boasts an iconic colourfully tiled roof displaying the medieval coat of arms of Croatia, Dalmatia and Slavonia on the left side, and the emblem of Zagreb on the right.

The most valuable Gothic portal in South Eastern Europe lies on the church’s southern gateway, comprised of 15 statues including Joseph and Mary with the infant Jesus, St. Mark and the Lion, and the Twelve Apostles.

The 15 figures were sculpted in the 14th century by the famous Croatian sculptor Ivan Meštrović, while the walls were painted by Croatian painter Jozo Kljaković. 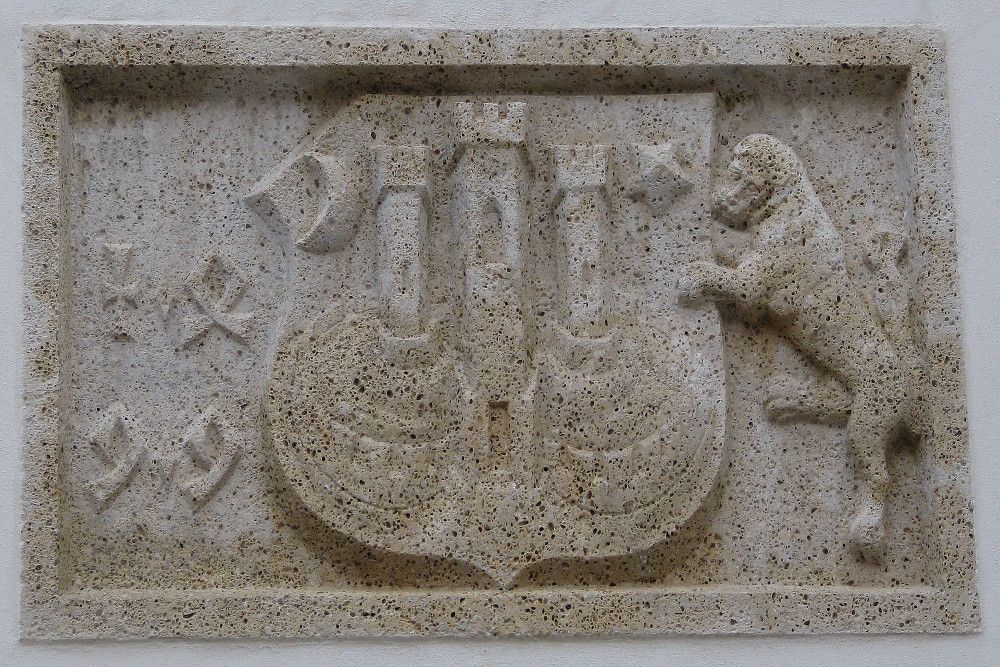 Here you can soak in a lifetime of historical tales.

Today known as the Upper Town, St Marks Church still remains the centre of the community having originated at the same time as the city, sharing its history, heartache and restoration.

At the turn of the 14th to the 15th centuries, the church was enlarged, but suffered fires and earthquakes in the 16th and 17th centuries.

After World War II, the greatest Croatian artists were brought together contributing to the interior decoration of the church creating its present appearance.

In recent years it has been further expanded with the past 15 years of continued improvements as new electrical work has been fixed, new chandeliers and benches installed, the church ceiling gilded with 22 carat gold leaflets, murals have been restored and new organs with 41 registers have been fitted. 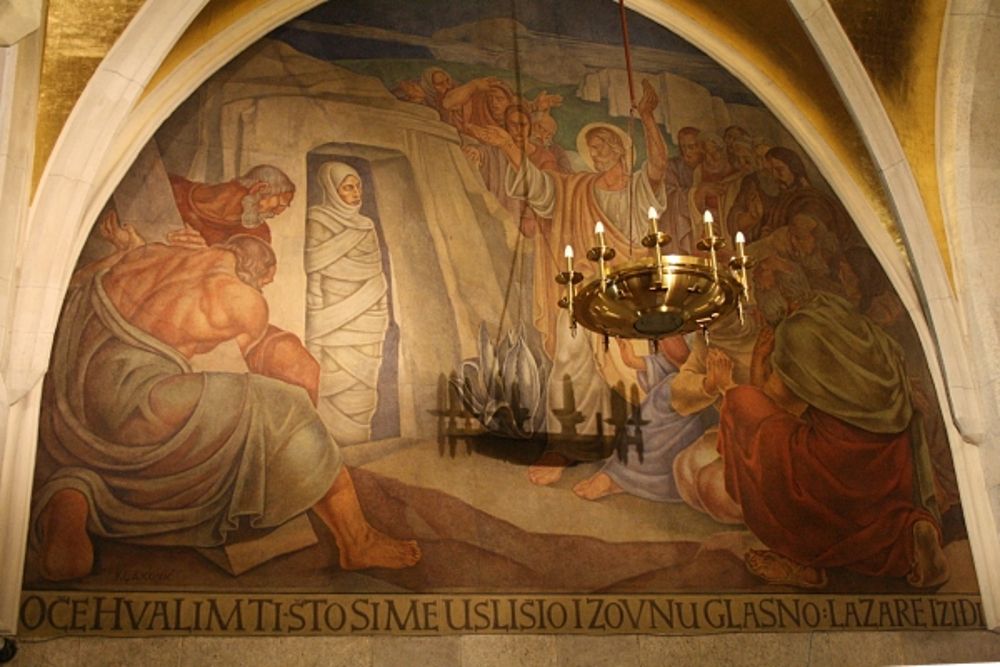 Not only is the church a great architectural site and place of rich historical value but it also is a place where visitors can experience the essence of the city’s cultural pride and value.

Besides the outstanding church building, St. Mark’s Square is also home to two other important buildings: Sabor (the Croatian parliament) on the east side of the square and Banski dvori (currently home of the Croatian Government) on the west side.

Kuna, the animal Croatian currency got its name from is that which one can see in the coat of arms of Slavonia on the rooftop emblems.

The church as a building is a cultural monument and a treasure trove of sacred art. Many Croatians want their children to be baptised here and many in the past years of communism, celebrated weddings in its courts.

The celebrations of the City of Zagreb, Statehood Day and other anniversaries are also dearly tied to the venue.

If history is not quite your thing, you may want to pay a visit to the church square for another reason; The St. Mark’s Festival.

Classically elegant, the well renowned music event is a celebration of music covering the space from the Early Renaissance to contemporary music, including both Croatian and foreign composers allowing it to carry international significance, with the idea of strengthening a middle European musical atmosphere.

As early as in the 13th century, St. Marks church was the centre of a thriving medieval town life.

In the 19th century, when the administrative, cultural and trade centre moved to the Lower Town, the area assumed more of a museum-like atmosphere.

The musicians and creators of the St Mark’s Festival partly also wish to revive the old – time festive atmosphere of the Upper Town through this event.

Whether or not you are religious, mass is a special time to visit the church and may be the only time that the interior of the church is open.

Mass is generally held early evening on weekdays, as well as Saturday mornings and twice on a Sunday.

From late April to October there is also a guard-changing ceremony outside the church every Saturday and Sunday at noon.

Whether your interest is cultural, architectural, historical, religious or social, St Marks Church in Zagreb is a great place to experience the vibrant essence of this city and Croatia’s proud national heritage.

While you are there, make sure you also visit the Zagreb City Museum, Tunnel Gric, Museum of Broken Relationships and stop for lunch and drinks along Ulica Ivana Tkalčića.

From1,947
10 nights/11 days
Join us on this 11-day Croatia island hopping tour from Zagreb to Dubrovnik, including the Plitvice Lakes, Hvar and Split!

From2,647
12 nights/13 days
Explore the best of Croatia, Slovenia, Bosnia & Herzegovina and Montenegro on this escorted tour with us! Book your 12 nights in the Balkans today!
0Shares
PrevNext