Although the Republic of Croatia is a Balkan country as well, this post is about the rest of the Balkans. So let’s leave Croatia for a while and see what else is on offer in this interesting region.

Eastern European countries have something in common, something recognizable, that makes people label them as Eastern European and put them in the same box. The same goes for Western European destinations. But where is the Balkans? In the East or in the West, or is it a mixture of both? The fact that you don’t really know is why this region is unique for travelers, especially those keen to explore.

The Balkan Peninsula is a geographical region of Southeast Europe, that got its name from the Balkan Mountains that stretch from the east of Serbia to the Black Sea at the east of Bulgaria.

The Balkans are surrounded by water on three sides: the Adriatic Sea to the west, the Mediterranean Sea and the Marmara Sea to the south and the Black Sea to the east. Its northern boundary is often given as the Danube, Sava and Kupa Rivers. The name itself was brought to the region in 14th century by the Ottomans, who used it as a general term for mountain, for example Kodja-Balkan and Čatal-Balkan.

As for England, this term was introduced into the English literature for the first time in 18th century by an English traveler, John Morritt. Other authors took it over and started using it to denote the geographical region between the Adriatic and the Black Sea.

Many travelers, over centuries, had embarked on adventures in this area, in order to explore and write about what they saw and experienced. So why is the Balkans so interesting and, in a way, unique place to visit? These are our answers…

The Balkans have been inhabited since the Paleolithic and are the route by which farming from the Middle East spread to Europe during the Neolithic period. The then new knowledge and skills of growing grain arrived in the Balkans from Mesopotamia, via Anatolia in Turkey.

These Neolithic practices then spread from here to the Central Europe and further to the West. This region is a home to two major prehistoric cultures, such as Vinča and Starčevo culture, named after important archaeological sites in Serbia.

The Vinča culture even developed its own form of proto-writing, known as the Old European script. Dating to the 5th-6th millennium BC, the Vinča symbols are believed to represent the earliest form of writing ever found. Located near Belgrade, this archaeological site can easily be visited, and the exponates can be seen at the Belgrade National Museum.

This area is quite oriental, yet occidental. Or maybe both? 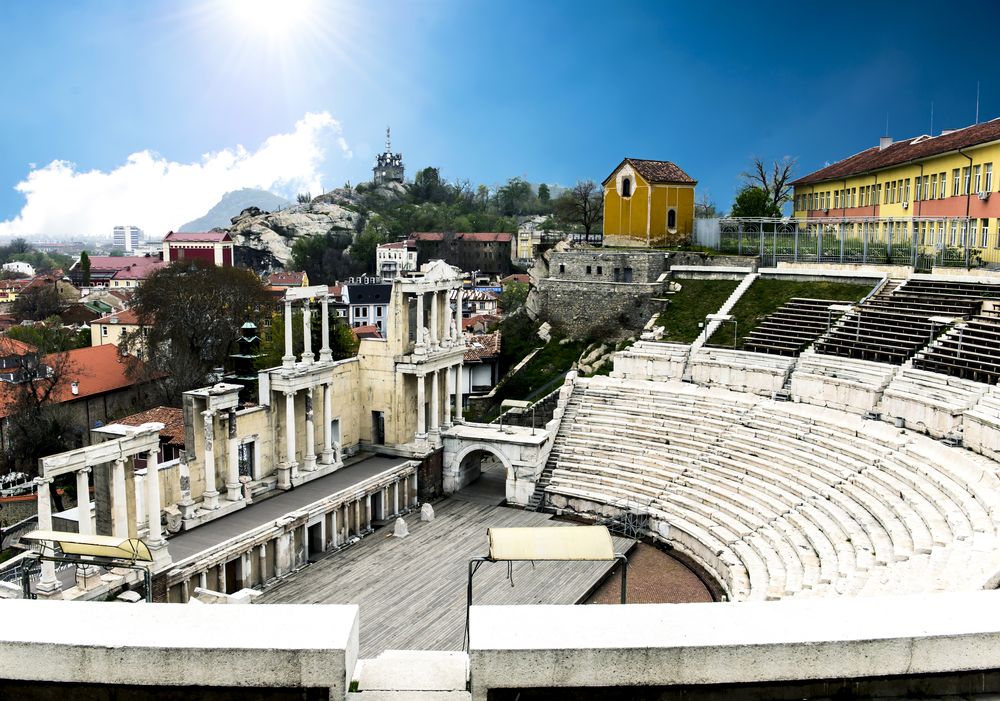 Catholic, Orthodox and Muslim, urban and rural, western and eastern, Mediterranean and continental… this area is a true mixture of influences and cultures. No wonder that it is so, because the identity of the region is, above all, dominated by its geographical position.

This has always been the crossroads of cultures, a place where the Latin Roman and Greek Byzantine Empire used to collide. Centuries later, this area was squeezed between three major powers of that time – the Ottoman, Russian and Habsburg Empire. Each of them left something of their own identity here, influencing the Balkan lifestyle, mentality and culture.

Thus, the Balkans can give you a little bit of Orient, but can also offer its own version of the West. Add the Italian influence and you’re in for a proper all-European mixture. 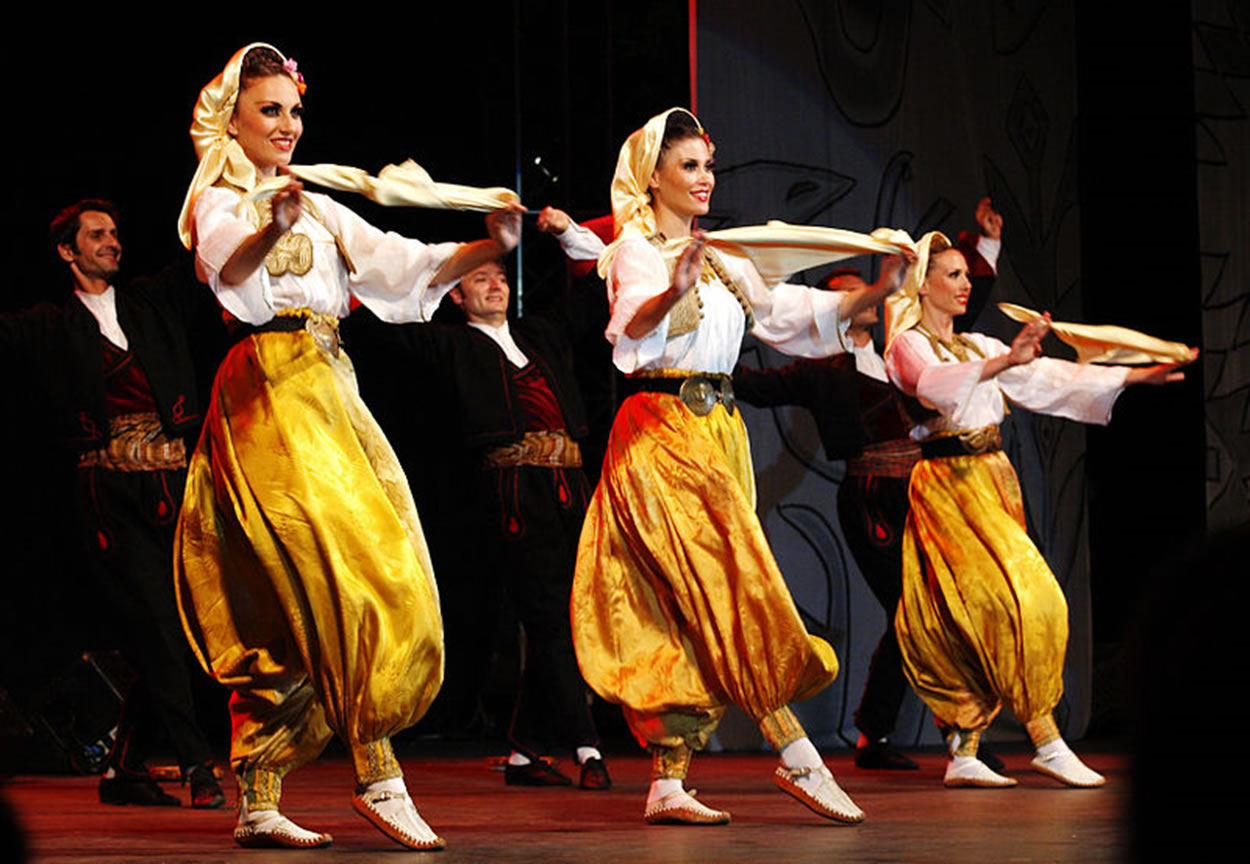 Although Starbucks, McDonalds and Burger King managed to find their way in (not everywhere though!), lifestyle here is still very much traditional. People still tend to have a decent lunch with family every day, and meet their friends for a 2-hours long cup of coffee, because that’s how they socialise and spend time together.

Traditional folklore dances are still very popular and performed all over the region, as is evident from a huge number of cultural and folklore manifestations. These manifestations usually involve a lot of folklore performances, traditional drinks and dishes as well as traditional music. They’re quite popular in summer, so maybe you’re lucky to see some of them when traveling to the Balkans!

Amazing cuisine, different from anything you tried so far 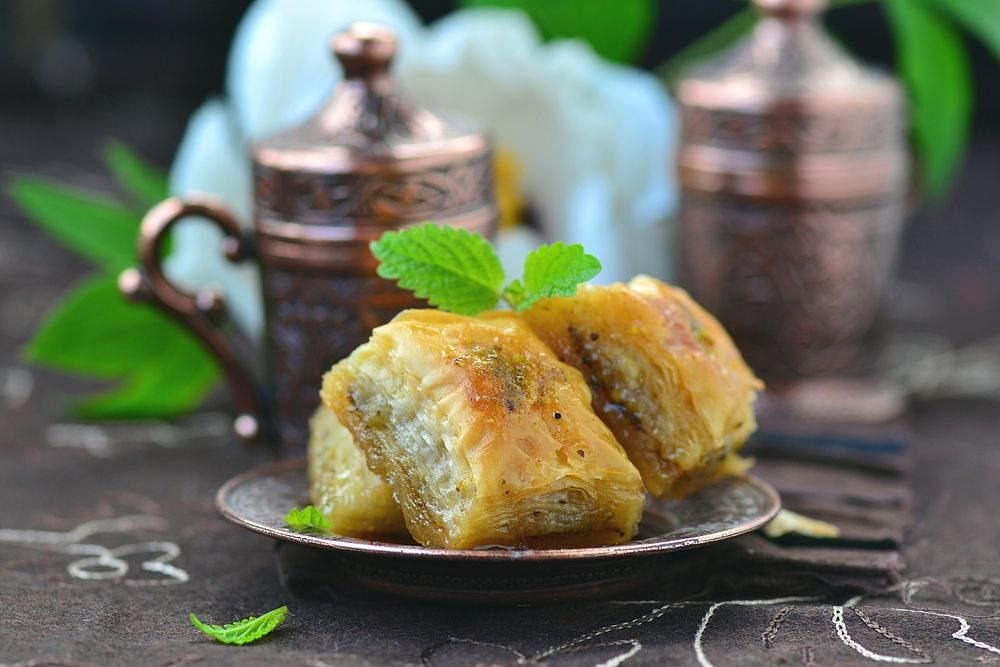 Balkan cuisine is easily recognisable by its richness of colours and intensity of different aromas. These dishes often contain garlic and onion, tomato, pepper, eggplant and zucchini.

Macedonian traditional cuisine, for instance, is full of different varieties to prepare pepper – it’s usually roasted and peeled, then seasoned and mixed with cheese, sour cream or other vegetables into a tasty salad.

The Balkan cuisine offers a wide selection of pastries, pies, soups, stews and desserts as well. The most popular Balkan specialities are Bosnian ćevapi from Bosina and burek, a type of pie made with minced meat. The best ones can be tried in the very centre of Sarajevo, at the historical market – Baščaršija.

The most popular dessert is baklava, the tasty and sweet Ottoman legacy, very popular here. Baklava is made of layers of filo filled with chopped nuts and held together with syrup or honey – definitely not to be missed!

It’s easy to travel several countries in only few days 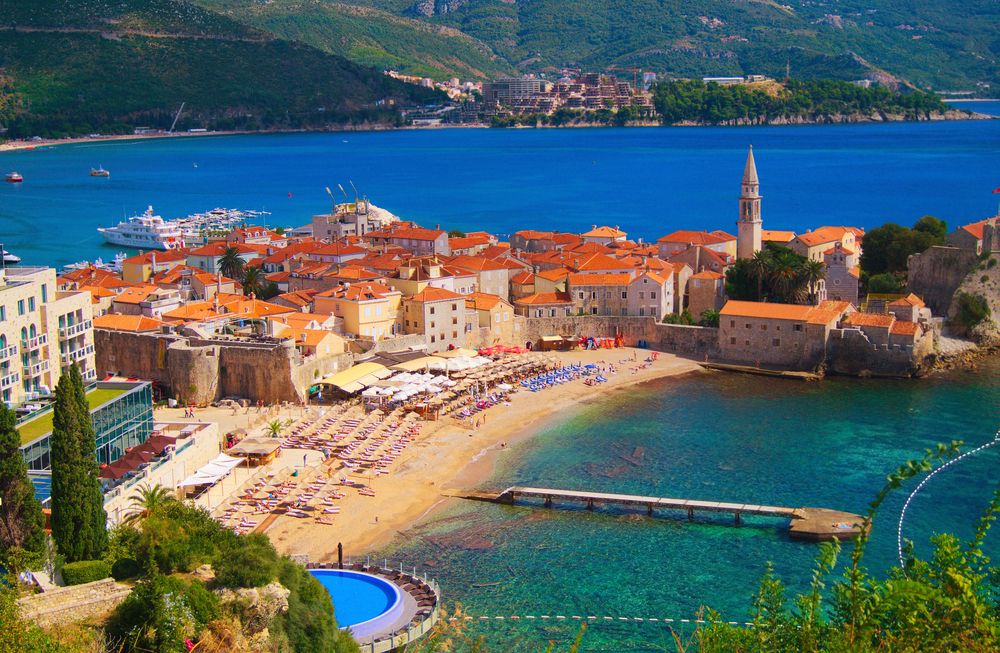 Wake up in Belgrade, have lunch in Sarajevo and party in Budva, Montenegro! Continue towards Skopje and explore Macedonia or head towards Bulgaria.

The distances between all major cities and capitals in this region aren’t too large and you can easily reach every corner of the region, without needing too much time or money – prices here are more than affordable.

Have a pint of beer for less than a pound or a traditional dish for up to 5 pounds anywhere you go.

Have you been to the Balkans or would you like to visit? Let us know in the comments below! 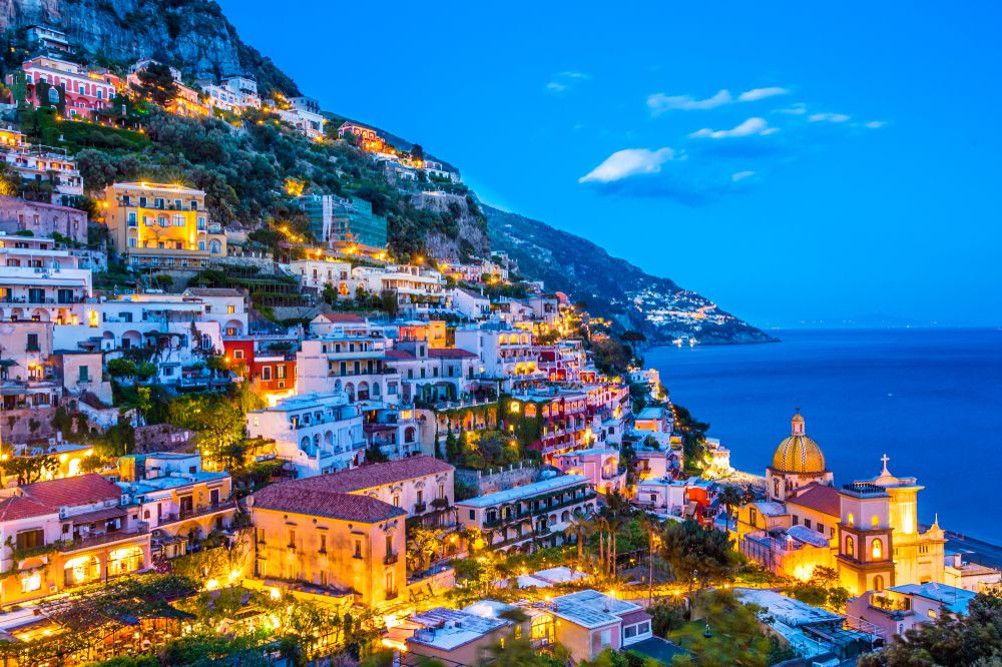 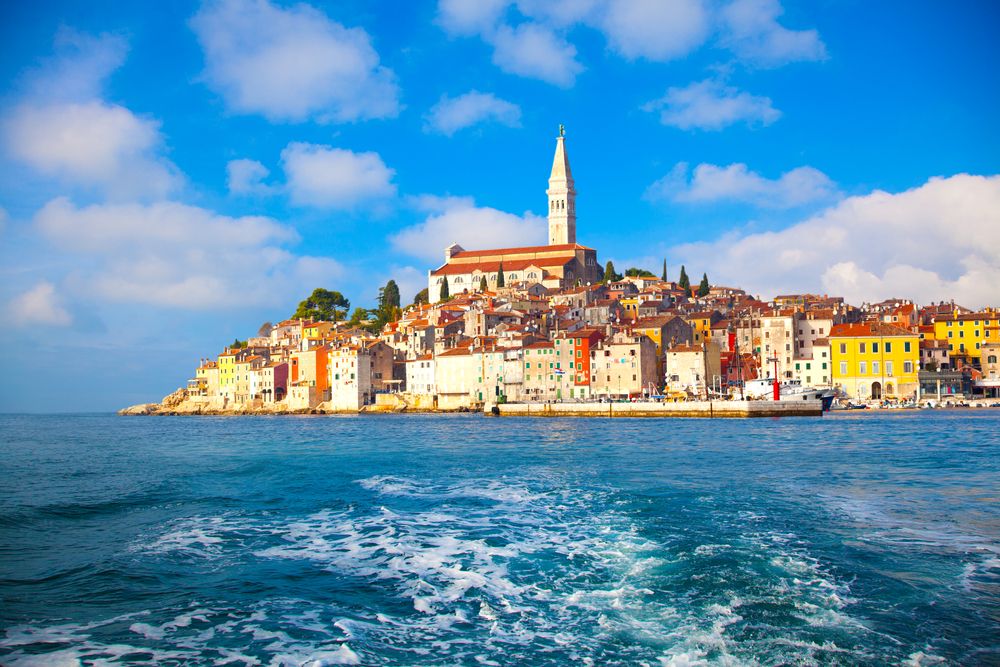 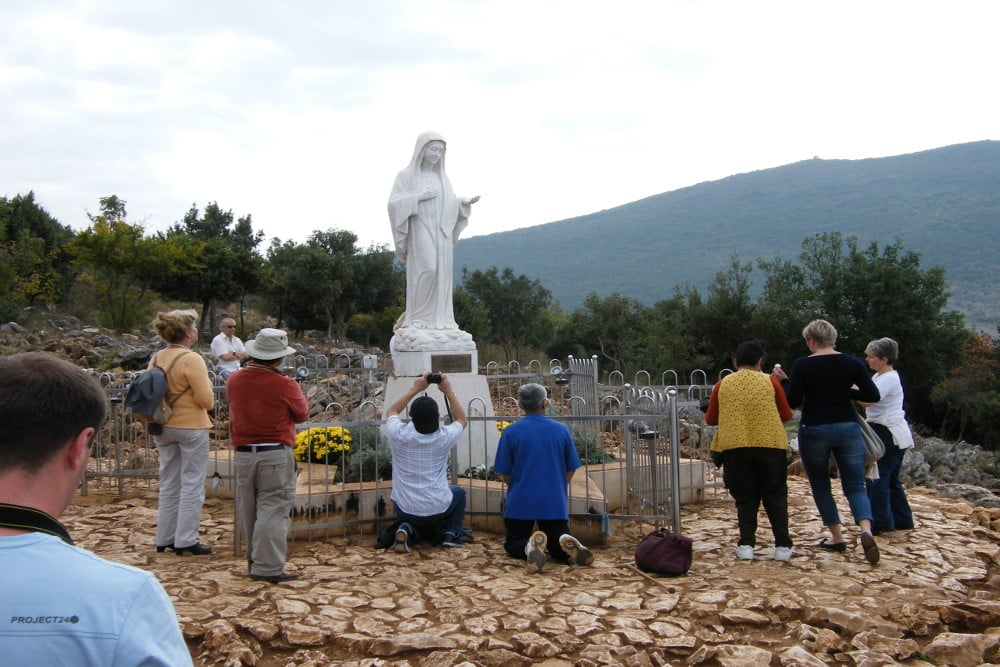 From£397
Any
Starting from historic Split, you’ll walk the cobbled streets of Hvar and Korčula, and finish in spectacular Dubrovnik on this sailing tour.
38Shares
PrevNext